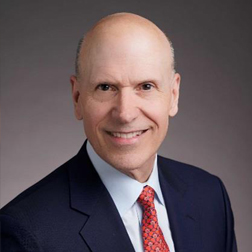 Preceding this position he was the Staff VP for Washington Operations, Orbital ATK where he coordinated, policy, and licensing of space and launch systems with government departments and agencies. Prior to that, he was the VP for Strategy and Business Development at ATK, Space Systems Division, Beltsville, MD, where he was responsible for market development of small, responsive satellites, satellite components and related engineering services. There he helped to establish an entirely new commercial space market in on-orbit satellite servicing. Before joining ATK, he was the Founder and CEO of The Armor Group, LLC, which provided consulting support to government and industry space programs. He currently is appointed by the Secretary of Transportation as a member of the Commercial Space Transportation Advisory Committee (COMSTAC) advising the FAA Commercial Space Office on space launch policies and regulations. He is also the industry Vice Chairman of the Space Council of the Aerospace Industry Association (AIA), a member of the Public Policy Committee of AIAA, and of the Regulatory and Policy Committee of the NASA Advisory Council (NAC). He now serves on the Board of Directors of NAVSYS Corp, a small, woman owned navigation R&D Company in Colorado Springs, CO. Gen Armor served 34 years in the Air Force in a variety of space leadership and staff positions including Director of the NAVSTAR GPS Joint Program Office, Director of Acquisition and Operations for Signals Intelligence at the National Reconnaissance Office (NRO), and as a military payload specialist for the Space Shuttle. He served as the Director of the National Security Space Office (NSSO) in the Office of the Under Secretary of the Air Force at the Pentagon, where he was responsible for coordinating all defense and intelligence space activities before retiring in January 2008. He previously served on the Board of Advisors to the Secure World Foundation advocating international sustainable space policies, on the Board of Directors of Women in Aerospace (WIA), and has been a member of several National Research Council Studies including the NASA Technology Roadmap Review; Rationale & Goals for US Civil Space Program; and AF Scientific, Technical, Engineering and Math (STEM) Workforce Needs. He is an associate fellow of AIAA, and is the winner of the Satellite Industry Association 2007 Satellite Leadership in Government Award, the National Space Society 2008 Space Pioneer Award for Space Development, and the AIAA 2012 Von Braun Award for Space Program Leadership.